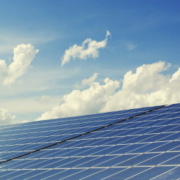 As advantageous as existing solar panel technology has been in our search to switch over to renewable energy, historically, these types of panels cannot generate electricity in the evening. New studies now suggest it might be possible to make panels capable of working around the clock.

Below optimum conditions, in the evening, these uniquely made photovoltaic cells might generate 1/4 of the energy they generate in the daytime.

Integration of thermoradiative cells (devices which produce energy because of radiative cooling, in which heat or infrared radiation exits the cell and generates a small quantity of energy within the process) would be needed to accomplish this.

Such cells already are being tested in fields like manufacturing, where they’re utilized to convert waste heat, like the high temperatures produced by an engine.

In the instance of a night-time panel, pointing this type of a cell at the cool night sky is one method of harnessing this process.

According to computer and electrical engineer Jeremy Munday, from the University of California, he was thinking, what if we took one of those devices and placed it inside a warm area then pointed it at the sky?

To accomplish this effect using infrared radiation, it would require various types of materials, similar to standard solar panels, which usually focus on visible light.

Step two includes figuring out what mixture of electronics and materials may generate an efficient panel that may utilize the night space and sky as a heat sink. The underlying math checks out.

Munday adds that a standard solar cell produces power by absorbing sunlight, causing a voltage to appear across the device, as well as for current to flow. In those new devices, light, instead, gets emitted and the voltage and current run in the opposite direction, yet you still produce power.

Under ideal conditions, solar farms might generate as much as 50 watts of power/ square meter, according to the scientists’ calculations – increasing energy generation by around 12% overall in arid, open environments in which many solar farms already are based.

It is a concept that several groups are analyzing. In 2019 we saw an experimental system, established by Stanford University researchers, which additionally utilized the heat imbalance between the night sky and Earth to produce electricity from infrared radiation.

While there is still a long way to go to correctly scale up the technology so that it is useful – currently Munday and his co-workers only have prototypes in development – it’s potentially a fairly inexpensive method of keeping solar cells working 24 hours per day.

The researchers concluded in their published paper that deep space provides an interesting low-temperature thermal sink with the possibility of helping to offer electrical power at day and night through the use of materials science, optics, and photonics. 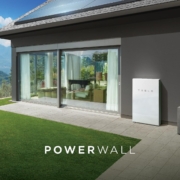 Tri-State Electrical Contractors’s Solar Division has received the Tesla Storage Certification and are now Tesla Charging Certified. This means that we will now be able to offer a solar plus battery solution customized for your specific needs.

As a certified installer, we’re able to help you harness solar energy in an effective manner. The solar battery backup system is beneficial to both businesses and homeowners and helps in energy savings.

Tesla Powerwall enables you to store solar energy for later use. Energy produced during the day charges the batteries, this happens as sunlight shines on the solar panels. So,at night or during outages, you will be able to draw electricity from the battery, enabling you to power your home with clean and sustainable energy 24/7.

The Powerwall AC version consists of lithium-ion (13.2 kWh) battery pack, an integrated inverter, liquid thermal control system, and software that sends electricity when it is needed. The unit can be mounted indoors or outdoors on the wall or ground.

With Powerwall, you can reduce reliance on the grid and even keep the lights on even during a blackout. Our Solar Division at Tri-State Electrical Contractors understands how to fully leverage this innovative solar power system. Installing Tesla Powerwall is easy as we take care of everything from system design to installation and permitting. Want complete control and energy security? Contact our team today to learn more about battery storage that keeps energy needs clean and independent.