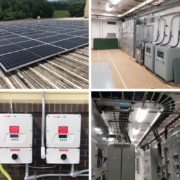 Planned plant shutdowns are a great time to run critical tests, perform upgrades, plan for the future and optimize automation. Even remote or small access plants may benefit from utilizing this downtime in a productive manner.

The holiday months are an excellent time to arrange downtime or a complete shutdown. With decreased staff numbers inside the building, machines may be individually tested  and data may be collected in a controlled, isolated environment. If you missed the opportunity to schedule a shutdown this past holiday season, you and your operations team can look ahead to prepare for the next major holiday.

Thinking about the future is a critical component of plant operations. Planned downtimes are the perfect time to audit processes, mitigate risk by updating all safety protocols, perform machine upgrades, test connectivity and reporting between platforms, or test abilities for future implementation. Consider taking your audit a step further by leveraging the time to:

Speaking of looking ahead…

Let us say you have plans to increase in output or have an upcoming expansion, is your facility able to handle it? Testing before a shutdown lets you know if sufficient capacity for an upgrade exists. What’s your power availability? Are your panels able to handle more output? Tests during a shutdown will evaluate where you stand, and Tri-State Electrical Contractors can help.

Preventative maintenance is a big part of planning for the future. Tri-State Electrical Contractors provides predictive testing designed to evaluate risk and identify non-compliance issues. Comprehensive reporting, which includes IFR Heat Scans and power distribution inspection, panel and breaker testing, and much more, ensure facilities are performing optimally and are up to code. Preparing for your future allows you to decrease overall downtime, avoid expensive upkeep and replace equipment before it malfunctions. In the long run, it pays to make the best use of such downtimes. For plants of every size, from multi-function beverage and food packaging and processing plants to large scale electrical projects, contact us to find out how partnering with Tri-State Electrical Contractors will help you maximize your plant’s downtime. 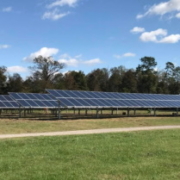 As solar begins to attain mainstream status, an increasing amount of homeowners are considering going solar – even the ones with roofs which are less than ideal for solar panels. Due to this growth, ground mounted solar is now becoming a viable option for clean energy, because of tracking mount technology.

Trackers permit solar panels to maximize electricity generation by following the sun when it moves around the sky. PV tracking systems shift and tilt the angle of a solar array when the day passes to best fit the placement of the sun. Although the panel add-on has been on the scene for quite some time, solar manufacturers are really embracing this technology. Recently, GTM Research unveiled a report showing a major upward trend in tracking systems’ popularity. GTM foresees a 254% year-upon-year increase for the PV tracking marketplace this year. The report claimed that by the year 2021, almost 50% of all ground mount arrays will involve solar tracking ability.

The past couple of years in the solar sector have been a race to the top as far as solar cell efficiency is concerned, and recent times haven’t been any different. Numerous accomplishments by a variety of panel manufacturers have brought us to an increasingly higher amount of maximum efficiencies every year.

The solar cell types utilized in mainstream marketplaces could also see huge improvements in cost per watt – a metric comparing solar panels’ relative affordability. Because of American and Swiss scientists, Perovskite solar cells have seen some big breakthroughs in the last 2 years. The result is set to produce a solar panel capable of generating over 20% efficiency while still providing a low cost solution in the market.

We’ve seen many advances in battery technology in recent years as well. According to New Atlas, 2019 brought us “tech that could charge electric vehicles in 10 minutes, batteries that suck carbon dioxide out of the air and news that the world’s biggest battery is set to get even bigger.” New Atlas also reports that Neoen and the South Australia government have entered another agreement with Tesla to add a further 64.5 MWh of capacity and 50 MW of output. This upgrade is planned for mid-2020 and will increase the size of the world’s biggest battery by around 50 percent.

At a consumer level, Tesla’s Powerwall proves to be an impressive option for homeowners while the Powerpack provides cutting-edge, scalable solutions for businesses. When combined with solar, Powerwall can meet the energy demands of most homes. When the grid goes down, solar energy can power an entire home while charging the Powerwall. As for Powerpack, this solution for commercial consumers and energy providers supports a host of applications that offer precise control, increased efficiency and reliability across the electric grid.

At Tri-State Electrical Contractors, we’re proud to hold both Tesla Storage and Tesla Charging certifications. Contact us today for more insight on how Powerwall and/or Powerpack can support energy optimization efforts in a home or business.